Technologies that create a presence effect are an opportunity to combine the physical and digital world, and create a reality effect for the user. Thanks to the rapid development of innovations, such devices already appear in working spaces and are used in many industries, such as: construction and design, automotive industry, manufacturing, logistics, and of course Facility management. 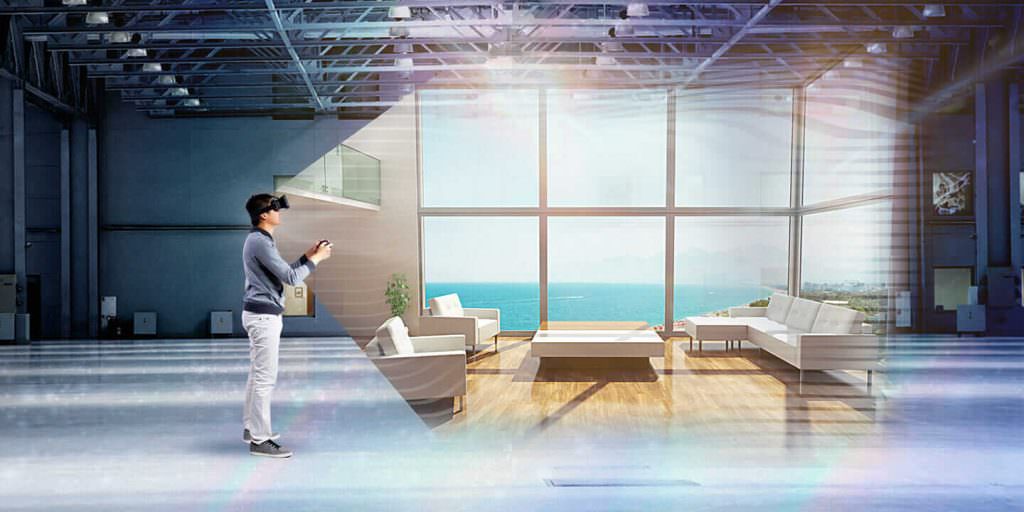 At this stage, it is common to separate the technology of the presence effect into augmented reality (DR) and virtual reality (BP). The difference is that in virtual reality the picture is created from scratch and does not come into contact with real objects, and the augmented reality builds up the picture already on the existing space and things in it.

Let us consider in more detail the issues related to DR. To date, there are many software products and applications for both business and entertainment based on these technologies. Recall even a sensational game, created by Japanese developers, where it was necessary to catch Pokémon in buildings, parks, on the roads.

In 2014, the global DR market amounted to 1.72 billion dollars, but this technology is so popular that analysts predict that by 2020 this figure will reach the level of 56.8 billion dollars.

One of the main advantages of augmented reality is the lack of the need to purchase additional equipment or sets. The programs are installed on almost any modern tablets, smartphones and stationary computers.

This technology is widely used in business and organization of work processes. Most often, augmented reality is used to record and reproduce the steps that were taken during the execution of the task. It perfectly illustrates the process from start to completion, which allows you to quickly and effectively analyze all the stages of work.

Facility managers also use such software to demonstrate the work of internal and external building systems. The models created help to identify and predict the necessary repairs, and to analyze the effectiveness of future improvements.

In addition, it is a powerful communication tool that allows users from different places to see one 3D image and communicate in real time.

In its annual research of Technotrends 2017, GFK called virtual reality one of the five main trends of this year.

According to experts’ forecasts, the virtual reality market will reach 30 billion dollars by 2020. This is slightly lower than the forecasts associated with the development of the scope of augmented reality. The main reason for this is the need to use an additional set of special glasses, joysticks and physical sensors, gloves, which remain quite expensive.

The infographics contain the main data concerning the global branch of virtual reality.

The main advantage of this technology is full immersion in the created reality, with the opportunity to feel and analyze all the advantages and disadvantages of the planned actions, to simulate the variants of the development of events.

There is also one significant drawback – this is possible disorientation, since the technology directly affects the brain’s perception of what is happening around. Virtual reality can activate sea sickness, phobias inherent in man.

In business, this technology is most often used for training and various simulations, as part of the training program. The popularity of this tool is also gaining in sales:

Industrial enterprises that manufacture sophisticated equipment use virtual reality as part of a product demonstration, to parse and collect their products, explaining the internal structure of the mechanism.

Market experts believe that by 2020, with the proliferation and development of new functions of augmented reality and the cheapening of equipment for virtual reality, these technologies will be used everywhere. The importance of using these innovations should be considered today, it can give a significant competitive advantage in the tougher struggle for the client.