Electronic waste: a problem or an opportunity?

Electronic waste, in its majority, being a product of high-tech production, is in fact not garbage. It is rather an entire electronic equipment or its parts, ready for reuse or recycling.   This problem has been studied most fully in the USA. The main problem with such wastes is their toxicity. For example, experts estimated that e-waste accounted for 2% of all waste in the US, but at the same time accounted for 70% of all toxic waste.

In addition, electronics contains many valuable metals and elements, such as gold, silver, copper, palladium. Only the dumped phones contain such elements for $ 60 million a year.

The picture below shows the items contained in a normal smartphone 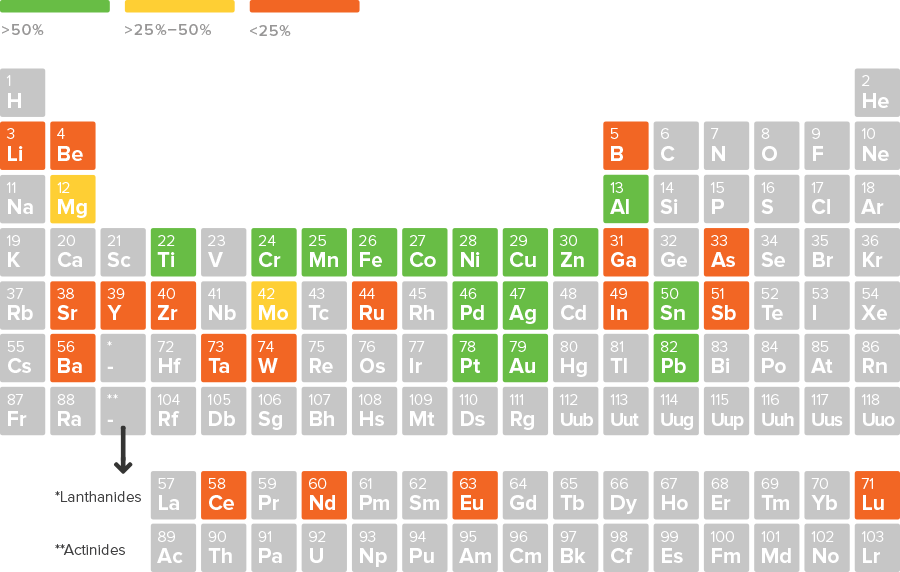 The main problem with e-waste, like any other waste, is environmental pollution. But in the case of high-tech waste, the problem is more acute, since in the majority of cases they are toxic. One small electronic part can hit an area of ​​1 square meter, where for hundreds of years it will be impossible to grow anything. Poisoning substances enter the groundwater, causing irreparable damage to the health of people, animals, plants.

Another problem is the growing consumption culture. For example, how long have you been using your mobile phone? Scientists have calculated that a person with an average income, depending on the country, uses a mobile phone for 18 to 24 months, and then buys the next. Fashionable novelties are coming out more often, the technology is developing faster, the variety of gadgets is also rapidly increasing.

Cheap and low-quality electronics also significantly increases the amount of waste. This technique often breaks down and requires the replacement of electronic elements, or it quickly deteriorates and is discarded.   It is also important that 30% of electronic materials simply can not be recycled, and given the amount of such waste, this is a big problem.

Is there any light at the end of the tunnel?

Despite all the problems associated with e-waste, scientists continue to work on technologies that allow processing 100% of such waste.

Large electronics manufacturers such as Dell, Panasonic, HP, offer volunteer e-waste recycling programs, offering both businesses and end users various options for free electronics recycling.   But still the main solution to the problem of recycling electronic waste is to reduce consumption and longer use of existing equipment.