TOP of the largest agro-industrial companies in Ukraine, or why automation is the secret of success

Agricultural production is an important part of Ukrainian economy. According Ukrgoskomstata in 2016, only cereals produced 65,951.5 thousand. Tons, with an average value of 3381.9 UAH. ton, the price of the sunflower was 3381.9 UAH. ton. Ukraine is one of the leaders in the export of wheat, sunflower, sugar. Unfortunately, while in the structure of export deliveries of raw prevail, instead of finished goods and processed agricultural crop products. Experts estimate 45 largest Ukrainian agricultural companies handle approximately 4.1 million hectares of agricultural land with a total revenue of more than 10.8 bln. Dollars. 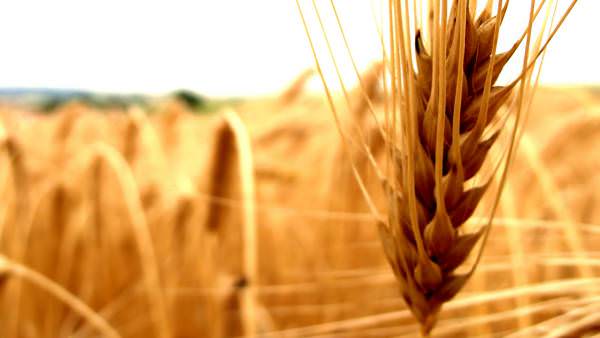 In a crisis, successful companies have become closer to look closely to the automation capabilities, especially in large enterprises that are engaged in various types of agricultural activities and have to their credit than a shop, factory, warehouse, farm, since the standardization of business processes is critical for such agricultural holdings. In addition, agriculture is significantly influenced by seasonality and weather conditions, so a rapid response to changing environmental conditions greatly affect the yield, and timely analysis of data can significantly reduce the impact of weather. More focus on the largest and most technologically advanced enterprises of the sector.

Agro Kurnell is the largest company in its sector, with a land bank of more than 390 000 ha. In 2015, revenues amounted to 2.3295 billion. Dollars. The main crops grown are wheat, sunflower and corn. The assets, among other things there are 7 plants, which process 3 million. Tons of sunflower seeds. in 2016 it took Kurnell production of rapeseed oil. Agro is actively developing its export direction and in 2016 began to supply corn to China.

Company Nibulon is considered to be the most effective and technically agricultural enterprises of Ukraine and also the largest exporter of agricultural products. So in the 2015/2016 marketing year agricultural holding it exported about 5 million. Tons of grain in the 64 countries of the world. In addition to the production facilities Nibulon has its own fleet, which greatly facilitates the export of cereals in the different countries of the world. In 2015, the company has gained US $ 1,946,400,000 of its activities

The company specializes in the production of poultry, meat processing and crop production. In 2015, revenues amounted to 1.183 billion. Dollars, which is 14% less than the same period in 2014. Experts attribute this to the fluctuations of the dollar and the closure of the Russian market, the export of which was the key for the company. Today, MHP focused on the production and processing of poultry meat, investing and expanding its poultry farms Orel Peremoga leader and new, the company plans to increase production of poultry meat by 40 000 tonnes. In addition, the company’s land bank is one of the largest in Ukraine and is 370 000 hectares. MHP in the coming years plans to increase the amount of agricultural land in the management of 50 000 ha.

Company Svarog West Group, although not the largest and most profitable company in 2015 revenue was $ 110 million, but it is most effective, and is the leader in yield among the Ukrainian companies. The company processes about 80 000 ha of land, half of which sows soy for several years. The company also plans to export organic products, this company has already allocated a portion of their land. Agro Holding is also engaged in the cultivation of vegetables, juices and dairy farming.

Astarta Agro is one of the most technologically advanced enterprises in the industry. Revenues in 2015 amounted to 347.5 million dollars. Astarta is engaged in cultivation of grain and oil crops, sugar beet, as well as milk and meat production. The company is also the country’s largest processor of soybeans and sugar producer. The bulk of production is exported, mainly sugar and soybeans.

In general, advanced companies in the industry continue to evolve, but the current economic situation in the country, the instability of the dollar and the volatility of the prices of basic agricultural crops in the world markets are forcing companies to invest in improving the efficiency of production and an increase in productivity, which in turn should lead to lower production costs and greater independence from agricultural holdings negative factors of the market. In improving the quality of products and reducing costs can help the Facility management. Integrated management of real estate agricultural industry includes not only the maintenance of cleanliness, protection of property and technical services, and the introduction of automation systems to optimize business processes