2016 showed a slight increase in the main macroeconomic indicators and contributed to some stabilization in the market of commercial real estate and retail, after a significant decline in 2014-2015. Consider and analyze key data and indicators of this segment. 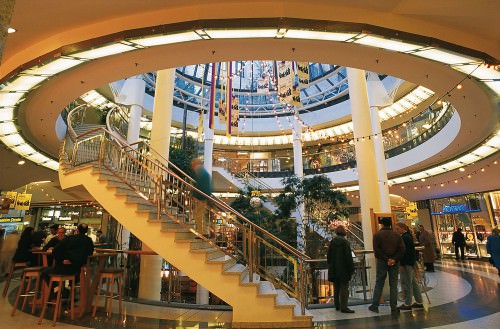 According to State Statistics Committee, real GDP in the third quarter of 2016 showed an increase of 1.8% compared to the same period of 2015, which is a positive signal for the real estate market. In addition, the consumer price index for goods and services for the period January – September 2016 amounted to 114.5% in relation to same period 2015 index of real wages in January-September of 109.1%, retail trade turnover in the first 9 months of 103.3%, in turn, Kyiv retail trade turnover showed an increase of 103.9%. At this stage, there is a decrease of offer lease of retail space, due to the low volume of construction of new facilities in the previous 2 years,  postponement of the introduction of the construction of shopping centers, as well as with some of the market activation, the development of major retail players and the entry of new brands .

Based on the above information, the logical result was a slight increase in rental rates for retail space. As of September, the price per square meter reached 65-80 dollars depending on the placement in shopping malls.

To date, there is a slight decrease in the volume of supply retail space. Despite the discovery of two shopping centers, in February, after 12 years, closed shopping mall “Alta – Centre” (TRC was bought by “Epicenter K “to open a hypermarket Epicentre). In September, the share of vacant premises in malls was approximately 5.5%, while in the most successful shopping malls free areas do not actually have, in less successful about 10%. It is worth noting that the new operation in the input period objects may be some increase in vacancy rates in existing less successful shopping centers.

Retail Trends In the period from 2014, the main trend for the Ukrainian and foreign operators was considerable caution in expanding their networks. Competition present only in the highest quality shopping facilities. It is also the last 2 years have shown displacement of opening new outlets to the shopping streets in the direction of operating shopping centers. The big event on the market promises to be the opening of the mall “Lavina mall” positioning itself as the largest shopping center in Kiev. At the moment, the company announced the release of 2 new for our market network Italian Luca Borelli and Cafe Barbera. In total for the period 2016 to the Ukrainian market has left more than 10 New foreign operators, mainly brands of clothing and accessories. In addition, this year the commercial real estate market increased by the release of new Ukrainian brands and networks.

A landmark was the opening of the store “OAO All svoї” which I gathered under one roof at Khreshchatyk Ukrainian tens of brands of clothes, shoes and accessories, as well as the emergence of brands such as Meiher by Meiher, and child network clothing and accessories Kid`s Republic. Note that your output in the coming year Ukrainian market have announced more than 10 brands.   This year, there was a tendency reducing the number of operators and brands, leaving the Ukrainian market, they were mostly Russian brands, such as: Kira Plastinina and Sentro.

Risks and prospects of market development

Today, experts note the following key risks trading Ukrainian real estate market: The ongoing anti-terrorist operation in the Donbas The lack of real mechanisms of investment and property protection from raiding and illegal business assignment Corruption The instability of the national currency Low solvency of the population.

Among the opportunities for developers and investors should note the following points:

Having considered all the main trends and opportunities, as well as analyzing the data presented in the article, it is possible to draw conclusions about the gradual stabilization of the real estate market. Although investors generally take a wait, more and more developers have expressed interest in and willingness to build new facilities in Ukraine, which in turn will undoubtedly revitalize this segment, offering new and interesting solutions for business development in large and regional shopping centers.