Electricity is fundamental to the existence and development of a business. With the introduction of new technologies, robotization, the use of electric transport, the need for energy is increasing, as are the costs.

Alternative energy is becoming the basis for energy efficiency at this stage. The sun, wind, water, industrial waste, all of this is a cheap source of necessary energy. It should be noted that it is solar and wind energy that are now the most popular technologies, so in this article we will talk about them in more detail. 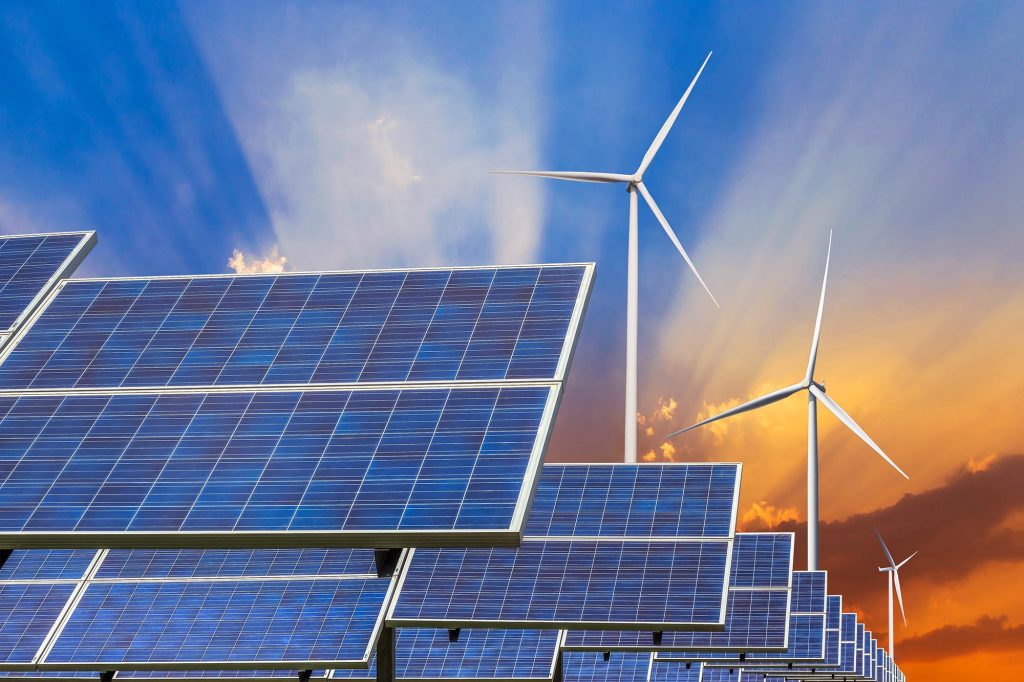 How is alternative energy developing today?

The main reason for the popularity of renewable energy sources is their price, which falls every year. For example, now electricity from solar panels costs 4 times cheaper than in 2009, and the price continues to fall.

According to the International Energy Agency, the production of electricity from alternative sources in 2019 was 1,170 TWh. or almost 14% of the total. Compared to 2018, this indicator increased by 6.5%, which is a stable increase over the past three years.

The top 5 countries in terms of the amount of renewable energy produced last year were the USA, Germany, Japan, the UK and Canada. It is noteworthy that solar and wind energy is developing at the highest rates in the United States, while wind farms showed the greatest increase in Germany, Great Britain and Canada. Japan has focused on solar panels. By the way, China is the largest consumer of alternative energy.

In addition to the economic benefits from such energy resources, these technologies are environmentally friendly, and there are no CO2 emissions into the atmosphere during production, which is important given the general environmental situation in the world.

Is the future of electricity renewable?

According to scientists, by 2040, 60% of the world’s electricity will be alternative. Already, several countries, including Iceland and Costa Rica, provide 99% of their needs with “green” energy.

For example, Germany has set an ambitious goal of completely phasing out nuclear power plants by 2025, and is now actively building up its renewable energy potential.

An important role is played by the fact that the reduction in the cost of solar energy will continue and by 2022 it will decrease by 30% in the United States and 70% in Japan.

An interesting fact is that in 2019 investments in green energy technologies amounted to $ 250 billion. Bloomberg analysts estimate that by 2040 this figure will reach $ 2.5 trillion, with 39% of the funds attracted by China and India.

By the way, these 2 countries will become leaders in the production of solar and wind energy in the foreseeable future. Huge energy needs, an ever-growing population and production capacity leave no chance to stay away from these technologies.

How is alternative energy developing in Ukraine?

The renewable energy sector is very promising for Ukraine. A large territory by European standards, a sufficient number of sunny days, comfortable plains for the location of wind farms.

At the moment, according to the Statistical Service of the European Union, in Ukraine about 6% of all energy is produced from alternative sources. The same service says that Ukraine can potentially cover 74% of its needs with this technology.

According to the national action plan for the development of alternative electricity by the end of 2020, Ukraine should produce 5,700 MW of such energy, and by 2035 25% of needs will be covered by renewable energy sources.

An important component of the development of “green” energy in Ukraine is foreign investment in the industry. The instability in the country, the imperfect legislative base, the weak ship system, the fear of raider seizures, make it impossible to attract significant investments in this sector.

Despite this, the existing renewable energy projects are being implemented precisely thanks to foreign companies, including European and Chinese ones. The volume of investments in Ukrainian solar energy projects alone amounted to $ 250 million. The country’s leadership is also opening the Chernobyl zone for the implementation of solar and wind energy projects, which should significantly increase the amount of “green” energy in Ukraine and attract additional investment.